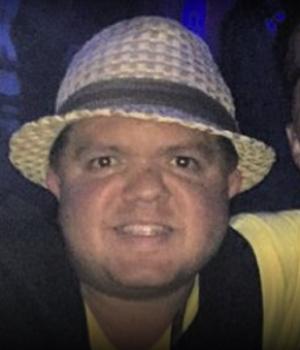 LAS VEGAS — NBC Right Now has confirmed that Las Vegas artist and comedian Donny Davis, a Richland native, was found unresponsive in a hotel room on the Strip and later pronounced dead at a local hospital on Tuesday morning.

Davis, 43, graduated from Richland High School in 1996 and went on to attend the University of Washington.

KLAS in Las Vegas first reported that firefighters responded to a call around 6 a.m. at Resorts World. An investigative report said Davis spent the night drinking at the Strip property. A bartender had refused him service at one point “because he was too drunk”, according to the report.

Davis wasn’t breathing either. His friends moved him to a bed where they noticed Davis biting his tongue, according to the report.

Davis was transferred to Sunrise Hospital where a doctor pronounced him deceased.

Davis is known for his appearances on “Chelsea Lately” with Chelsea Handler, his stint as a dancer with Britney Spears during her residency in Las Vegas, and several film appearances.

Since Tuesday, many celebrities have reacted to Davis’ death on social media, including Ryan Phillippe, Paris Hilton and Demi Lovato.

An investigation is underway.

MGM Resorts, which last year became the first Las Vegas hotel chain to charge for parking, is increasing its parking fees. The company, whose hotels dominate the Las Vegas Strip and include MGM Grand, New York-New York, Bellagio and Mirage, among others, said the new rates would go into effect on April 12. The increase […]

Clark County is practically teeming with television production bubbles. First CBS’s “Love Island” has picked up The Cromwell for its second season. This season of ABC’s “Shark Tank,” which airs at 8 p.m. on Fridays, received a million square feet alone at the Venetian. Now, the Hilton Lake Las Vegas is at the forefront of […]